Still alive because of focus on innovation and new IPs, says EA executive 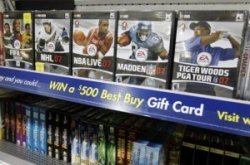 Electronic Arts (EA) is often found on the hot-seat because of its alleged lack of innovation and for churning out sequels on regular basis.

However, the vice president of EA’s Core Games Label Patrick Soderlund does not agree with what is generally perceived about them and contended that continuous innovation is what is allowing the company to stay alive.

In an interview printed in MCV, the EA executive was questioned just how his company was responding to the loud and clear demand for new intellectual properties (IPs) by the gamers.

Soderlund gave the assurance that working on new games is something that EA is doing all the time as it is well aware of just how crucial offering fresh experience is to staying alive in the highly-competitive market.

“To me, the day we stop doing new IP is the day we put ourselves on life support and then we’re slowly going to die,” he said.

He acknowledged the importance of creative content for both the gaming industry as well as the consumers, making it clear that the day his company stopped being innovative and thinking about games that were not Need for Speed, that would be the day he would probably make his exit from the gaming industry.

He said that EA values innovation and therefore empowers the developer to give them more degree of freedom to try out new things, something that became evident in the most recent instalment in the Battlefield franchise.

While EA has been asserting from time to time that it understands the value of creative content and new IPs, the gamers are more often than naught seen complaining about the bland experience being offered to them by the company.

They blame the publisher for preferring to milk their established franchises instead of taking a bit of a risk and stepping out of their comfort zone, fearing that the results may not turn out to be something that look good on their balance sheet.

EA has indeed been putting too many sequels in the market and have already announced a new Battlefield and Mass Effect game, thus proving the critics true to an extent.

Whether the company manages to convince critics that it does make IPs and not limited to the Sims, Battlefield and Mass Effect franchises is something that only time will tell.