Home » News » News , Uncategorized » The Last of Us catered for more mature audience as compared to Uncharted 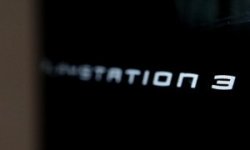 Sony has admitted that Naughty Dog’s upcoming post-apocalyptic survival-action game will embrace the M-rating and the risky territory that comes with it.

Following the theme of how Sony is taking risks that no other studio in the industry is, with titles such as Quantic Dream’s upcoming Beyond: Two Souls, the president of software development, Scott Rhode, also pointed out how it was focusing on fresh new IPs from studios that could easily have released sequel after sequel.

The studio being mentioned is Naughty Dog, the acclaimed developers of the series that has raised the bar in terms of visuals, production values and storytelling in gameplay, as well as introducing genuine jaw-dropping moments that anyone who has played the game will remember for some time to come.

Commenting on Naughty Dog’s move to move from another instalment in a series that would be a guaranteed hit, Uncharted, to a game that would have a more restricted user base, The Last of Us, due to the higher age rating on the game, Rhode explained that it was a move that had ‘risk’ written all over it.

He said, “For a developer of that calibre, this late in the cycle of the platform, to introduce a totally new IP for a different audience–meaning going from T-rated to M-rated–I think is anything but “safe.”"

The demo of the game showed off just what a grim, gritty and desperate tone the game would have as the game’s protagonist, Joel, brutally beat others to death in a bid to survive and how he showed no mercy at the end of the demo as well.

From setting other character on fire using a Molotov Cocktail to knocking out another character brutally with the butt of his revolver, the game is far from the light, wise-cracking tone of Nathan Drake in the Uncharted series.

Apart from bringing new, experimental and risky IPs to the table, Sony also stated that it did not mean that were not going to be new iterations of popular series, but that the studio was focused on innovation both in terms of software and hardware.

It will be interesting to see how taking all these risks works out for Sony as it continues to support the PS3 with the PlayStation 4’s release not too far off. In fact, one has to wonder if Naughty Dog are developing the next Uncharted game for the PlayStation 4, seeing how the studio has split itself into two development teams.