The PlayStation Vita Digital title of the year is… 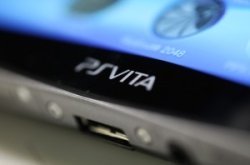 A number of games are exclusive only to the PlayStation Store and available as digital downloads on the Vita and both the fans and the editors have made their picks.

Perhaps the best example of the PlayStation Vita’s prowess is in its unique offerings on the arcade front. While the full on titles have received mixed responses from gamers and critics, it’s the downloadable titles on the PlayStation Store that have really made the Vita stand out.

Starting things off with the gamer’s choice for the PlayStation Blog’s Vita PSN Game of the Year and the Bronze Trophy went to none other than Super Stardust Delta. The game combines trippy visuals with addictive gameplay and although an HD version is available on the PlayStation Network, a portable version seems more than welcome.

Unlocking the Silver Trophy is the Vita’s very own puzzler, Escape Plan. The game’s unique art style and Vita specific features have made it stand out from the rest. Throw in the charm of the two different characters and Escape Plan is sure to spark a sequel sooner rather than later.

Taking the Gold Trophy is MotorStorm RC, it seems the developers had the right idea about how to bring the series on to the portable format and pulled it off rather well with the game being voted the best racer by fans, albeit on the digital download only front.

Sound Shapes took home the Platinum Trophy and is another title exclusive to the PlayStation Vita. Sony will at least be reassured of their console’s performance to know that the Vita exclusive titles, designed specifically for the console are the ones that fans are taking to the most.

As for the Editors, well Nick Suttner, a co-host on the PlayStation Blogcast, picked Frobisher Says! As his pick of the bunch. “Whether I was finding flan, making a terrible din, or not smiling at pandas, it was some of the most fun I’ve had on PS Vita this year.”

Fred Dutton from the EU PlayStation Blog went for another arcade title with When Vikings Attack! Who said, “If you’re after a hidden gem to discover this Christmas, you could do a lot, lot worse.”

Lastly, Sid Shuman from the US Blogcast, went with the fans and picked Sound Shapes. He described the game as “a whimsical musical platformer that whisks you away on a magical tour of five imaginative worlds, leading inexorably to a momentous meeting with Beck.”

So what was your PSN only Vita Game of the Year? Let us know in the comments section below.