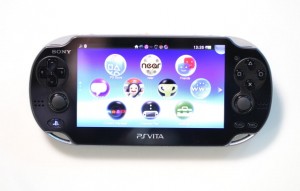 Sony detail how the new update will improve the console’s performance as well as the new features it brings, most notably, PlayStation Plus.

Already having gone live, the update will bring changes, tweaks and enhancements on a number of fronts.

Starting things off with the Browser, which has been optimized to improve “the display speed of Web pages”, the ability to “use a point to open links”, improved “support for HTML5 and JavaScript” as well as the ability to tweet the page with the press of the touchscreen. Users no longer need to struggle with copying the link and pasting it on LiveTweet.

Most importantly, on the browser front though, is the fact that players do not have to exit their game to use the browser. Instead it goes into the background and players can browse without having to close the game they are playing.

On the Content Manager front, another major change has been made with users able to connect the Vita with the PC using Wi-Fi as opposed to the usb cable that was required up until. Instead of selecting individual files, users can now also copy entire media folders to the Vita following the update.

Weather has been added to the Maps feature, although it is not supported in every territory.

The Email app will also be available and will allow users to check and send emails on the fly, using the console. Something not every user will find particular use of but its there.

A number of changes to the various settings have been made and Turkish has been added to the list of languages as well and PlayStationMobile also appears under the ‘System’ icon, which seems to be in place for the indie developers looking to bring their titles on the console, or not.

Players can also report inappropriate messages as well. As for Group Messaging, users can now send multiple formats of media as opposed to the originally restricted formats.

Trophies can also now be synchronized in the background, without the user having to sit through the whole process.

Also, screenshots will not pause the screen and videos can be played in both 1080p and slow motion.

However, the most notable feature that the update is set to bring is the introduction of the PlayStation Plus feature, which Sony hopes will increase interest in the console. After all there are free games on offer and nothing gets consumers as attentive as the word free.