The War Z controversy: a solution in sight 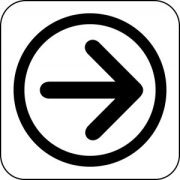 When you are in the game making business, the first thing that you need to know is that you cannot find long-term success without treating the gamers with utmost respect and giving their feedback and opinions a decent amount of attention.

Some companies learn it the easy way, while others, like Zynga, learn it the hard way, where a sort of an uprising against the company starts.

Hammerpoint Interactive ended up learning this lesson the hard way, with The War Z launch and the issues that followed teaching the studio things that it will be remembering for a long time to come.

Launching on Valve’s digital distribution platform Steam on December 17, 2012, the game immediately triggered controversy, with users reporting that the version of the game on offer lacked key features that the developer was advertising. An update of the game’s page on Steam did not see any corrections either.

Furthermore, Hammerpoint Interactive also released a patch a day after the game was launched, making some significant changes to the game that included increasing the respawn time of the player’s character from one hour to four hours, while bringing in an in-game currency called credits, which could be bought using real-world money. The patch also forced the users to sign a user term agreement, which disallowed refunds.

These changes took the players by surprise and since they were not exactly what they had paid for, they were quite upset about it.

Complaining to the developer brought no adequate response or proper explanation. The creator of The War Z Sergey Titov in fact denied a strong criticism to the game, claiming that majority of the gamers were happy with the game, while only a small minority was complaining.

After a couple of weeks, however, Titov came to terms with the reality of the situation and therefore addressed The War Z users in an open letter, in which he candidly admitted that the early success of the game caused him to become blind with arrogance and therefore ignore the issues that the community were facing.

“I was too focused on how great we are and how a small independent team got their first game to over 700,000 users in a two-month period,” Titov said. “Though that is something to be very proud of, allowing that to overshadow the existing community and their satisfaction was poor judgment.”

He also noted that the moderators and administrator of The War Z forum did not do enough to convey the plans of the company with the users, which resulted in incorrect expectations and surprises.

In order to prevent such a thing from happening again, the company plans on giving developers a more active role on forum, bringing them closer to the users and allowing them to keep the latter updated.

Another move by the developer to win back the fans is by inviting 10 players from around the globe to the Los Angeles office of Hammerpoint Infinity and giving them an opportunity to frankly interact with the development team.

After driving the users insane for two weeks, it would be interesting to see if The War Z team manages to successfully make amends and win back the respect and trust of gamers.