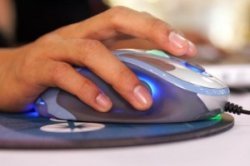 The War Z has been surrounded by controversy ever since its launch on Steam on December 17, 2012, with the players accusing publisher Hammerpoint Interactive for being misleading and putting up an incomplete version of the game for sale.

Sergey Titov, creator of the open-world zombie survival horror shooter, was defiant early on, stating that majority of the consumers who paid for the game were satisfied with the experience, while only a minority of gamers were complaining.

However, he seem to have realised that the initial reports he got were not factually correct and that majority of The War Z players are not very happy with the game and the state in which it has launched.

In a long letter to the users, Titov addressed the game’s well-publicised issues and apologised to the players for the controversy that has been surrounding the game for the last couple of weeks.

He admitted that The War Z developer had not been very efficient in communicating the plans that it had for the game to the players, which consequently led to the latter being left in the dark and compelled to complain upon coming across something different from what they had expected.

Titov also went on to admit that the early success of The War Z and the quick grown of its community had left him blind with arrogance and therefore he chose to ignore the issues faced by the players.

“This failure is entirely on my shoulders and if anything I owe thanks to that vocal minority and admit that I should have paid attention sooner. I chose instead to concentrate on the bigger picture: my dream of turning The War Z from being a game developed by a small indie team into a large online venture, instead of addressing small things first and staying focused on the game issues,” he conceded.

The game’s creator said that after witnessing the number of The War Z users to cross the 700,000 mark in just two month, he ended up losing focus and instead of concentrating on the community and paying attention to its feedback, he was savouring the unexpected success of the game that had far surpassed the entire team’s expectations.

The War Z launched on Valve’s digital distribution platform two weeks back, but was removed after two days following a series of complaints from the users.

Players complained about the game missing the key features that were being advertised by the developer and that remained on the game’s Steam page even though it was updated 24 hours after the game launched.

Additionally, some significant changes were made to the game through a patch 24 hours after its release, which included extended respawn time and introduction of credits, which required real-world money to be purchased. The patch also forced the users to sign a User Term Agreement, which disallowed refunds.