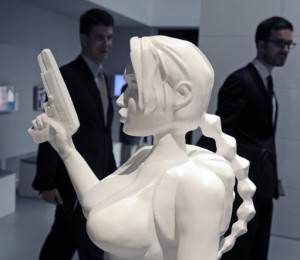 Lara Croft is set for a major reboot however, the game’s developers, Crystal Dynamics, have had to deal with controversy early on over an alleged attempted rape scene in the game.

It has been a considerable amount of time that the world has gone without a new release in the popular action/adventure series of yesteryear, which we all know as Tomb Raider. In fact, many gamers who owned PlayStation Ones and PlayStation 2s, will be more than just a little familiar with the game’s short wearing, dual pistol wielding protagonist Lara Croft.

Even those who did not play the game will know about Tomb Raider, as Hollywood actress, Angelina Jolie, played the character in not one but two big screen adaptations.

However, it seems that the game is set to make its full debut on the current generation of video game consoles, as Tomb Raider, is set to explore the origins of Lara Croft. The game is set to take place during a time when Lara preferred pants instead of shorts and had not even fired a weapon.

The same trailer also showed what was an attempted rape scene on Lara, the result of which was the game’s protagonist taking the life of another person for the first time. The images seem to have stirred up some controversy as there has been an outcry from certain sections asking gamers to boycott the game.

However, Ron Rosenberg, the game’s executive producer, has pointed out that there is context to the scene, one that ought to cool everyone down and explain the developer’s standpoint and the direction that the game was headed.

He compared the latest game to the Batman comic books,  in the sense that they were of a dark nature with more mature overtones

As for the rape scene itself, Rosenberg explained, “She is literally turned into a cornered animal. It’s a huge step in her evolution: she’s forced to either fight back or die.” Before continuing to explain that it was not a shock tactic but rather a part of the story that players will remember. We’re not trying to be over the top, shock people for shock’s sake. We’re trying to tell a great origin story.”

Rosenberg continued, “This Lara feels more human, more real, he said – and that’s intentional. The ability to see her as a human is even more enticing to me than the more sexualized version of yesteryear.”

Hopefully, the context ought to put a lid on the controversy that was hyped up by the media and everyone can get back to being excited over the return of Lara Croft, albeit in pants.