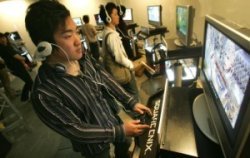 A change in name is not the only thing that will be seen in the upcoming version of Final Fantasy XIV, a game that was completely overhauled following its tumultuous launch.

According to the publisher, the game has been rebuilt right from the ground up and will feature a number of major changes, ranging from a new world to explore and a new storyline to experience.

That is not all. Final Fantasy XIV: A Realm Reborn is indeed the rebirth of the game in the sense that it will incorporate a new graphics engine, featuring improved interface, new server and data structures, redesigned maps and more gameplay variations. The upcoming title will also feature a whole new range of content as well as bring in a previously unavailable option of playing as either male of female of certain races, including male Miqo’te and female Roegadyn and Highlanders.

It has also been confirmed that the PlayStation 3 version of the game will coincide with the release of the PC version.

Commenting on the upcoming version of Final Fantasy XIV, producer Naoki Yoshida stated, “Since announcing our plans for the future of the title last October, we have been working tirelessly to include all of the elements that we have promised in Final Fantasy XIV: A Realm Reborn. This new title not only becomes a symbol of a completely new Final Fantasy XIV, but also marks the beginning of a new stage as the latest title in the Final Fantasy series.”

Final Fantasy XIV was originally launched in September 2010 exclusively for Microsoft Windows, though Square Enix had promised to bring out a version of the game for PlayStation 3 as well. However, the game received a lot of criticism, with the complaints ranging from an essentially broken structure to a number of glitches and bugs. This compelled the publisher to re-shuffle the development team and re-release the game after taking care of the issues that plagued the original version. An announcement regarding versions 2.0 of the game was officially made on October 14, 2011. The game was to enter an alpha test in September 2012, with the final game slated for a late 2012-early 2013 release.

At the recent Electronic Entertainment Expo (E3) in Los Angeles, Square Enix made more revelations about the game, promising a number of improvements on the original gameplay and enhanced graphics, not to mention a number of other significant modifications.

With plenty of additional content and enhancements promised in the upcoming Final Fantasy XIV: A Realm Reborn, it seems highly unlikely to find the game meeting a fate similar to that of its predecessor.