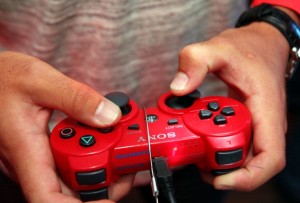 Looking to add another ‘A’ to the triple-A tag, Steve Papoutsis, the producer of the game explains how the studio set its sights on exceeding expectations in terms of quality in their upcoming horror game.

When the original Dead Space was released it pretty much flew under the radar at first. However, before long it was the craze of the gaming world, at least for those who enjoyed the survival horror genre. Dead Space was defined by its isolation-inducing atmosphere, claustrophobic corridors and a constant air of suspense.

The game’s sequel, Dead Space 2, saw the game become more accessible to a larger audience as it shed some of its survival-horror to bring in an element of action-horror. However, it still managed to retain the atmosphere and feel of the original enough to please a majority of fans as well as new gamers.

And so, EA decided that the time was right to release another game in the series as Dead Space 3 is set to follow in the footsteps of its predecessor and continue the story of the mentally tortured Isaac Clarke as he looks to make sure he remains on top of what is real and what is in his head as he is marooned on the ice-planet known as Tau Volantis.

Steve Papoutsis explained how one of the main things the studio “set out to do was really deliver on what the essence of a Dead Space game is.” He continued, “We’re really not into the stereotypes of ‘it’s an action game’ or ‘it’s a horror game’, and so on.”

The producer emphasized that it was ultimately the “intense atmosphere, engaging narrative, thrilling action, horror, survival, tension” would be the pillars on which the game would be built.

At the same time the producer also touched on how the studio was pushing itself and the industry in terms of delivering more than just a triple-A experience but rather a quad-A title.

Papoutsis explained how the studio discussed their goals for Dead Space 3 before they jumped into development.

“One of the things we talked about was how do we make the best game we’ve ever done?” their answer, “So, we came up with a weird saying: we want to make a AAAA game.”

He explained the ethos and the reason behind setting that goal was to buck the trend in the industry and raise the bar before admitting that although “it sounds funny…we needed to set a target for ourselves.”

However, the ultimate decision lies with those who play the game and one of the issues that the studio need to address is the game’s multiplayer component, which was not as well received in Dead Space 2 as Visceral Games would have liked.