What does the future of video games hold – Part 2 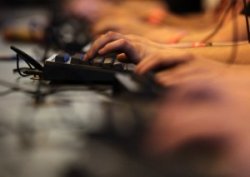 The concept is simple enough; gamers will be able to download the content they want directly on to either their console or a cloud, making it available on multiple or single consoles or devices depending on the content itself.

Games can be purchased or rented digitally and there would be no need to purchase discs, cutting costs for publishers and ultimately reducing the prices of games as well in the process. The concept seems perfect; however, there are a number of issues with this that need to be looked at.

The first issue is that of security; Sony’s servers were hacked in 2011 and the company had to take its online service offline as it looked to recover the situation. Although no statement was released confirming that the hackers had gotten away with any credit card information, it was the wakeup call that everyone needed.

Recently, Activision Blizzard announced that its servers were hacked as well but that sensitive user data was safe.

One has to wonder how long that will remain the case and when the hackers will finally get away with the juicy credit card details they so desperately crave. It’s a game of cat and mouse and one where the end user it the cheese laying exposed behind a thin veil of security.

The next issue is one that has to do with the law and what is and isn’t legal. To be more specific, legislation was passed in Europe allowing anyone who had purchased digital content to be able to sell or rent it out to other users.

This changes everything in the digital distribution market in two ways in itself. Firstly, the user can purchase content off another user at potentially lower prices than the digital distributor such as Valve or EA are offering. This cuts down their revenue stream and that will lead to action being taken.

Secondly, one has to wonder if the digital distributors will introduce a feature to accommodate the latest law.

The fact of the matter is that the new model could work if a percentage of the sale was handed over to the publisher or the digital distributor, but whether or not they would want a smaller slice of their own pie remains to be seen.

At this point many can speculate the direction the digital distribution medium is going to take in the future but the plain truth is that it is here to stay but not in the same form it is today. One can expect many changes to be made before the dust finally settles and the true face of digital distribution is seen.