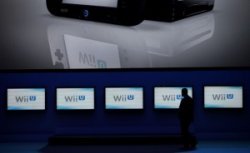 Setting up an account for minors on Nintendo’s online service for Wii U will require parents and guardians to pay a one-time fee of 50 cents to verify their consent.

A post on Wii U’s support made it quite clear that children under the age of 13 will not be able to get an access to Nintendo Network unless the company is sure that their parents or guardians are perfectly fine with letting them step into the online space.

The post states, “in accordance with the Child Online Privacy Protection Act (COPPA), a parent or guardian must provide consent to set up a Nintendo Network Account for children under age 13.”

In order to verify that the parents or guardians are indeed okay with their minor child to access the network service, the company asks is charging a minimal fee of 50 cents, which will serve as a verification of the parent’s or guardian’s consent to create a Nintendo Network account.

The 50-cent fee paid by the Wii U owner to verify his consent for the creation of a minor account on Nintendo Network will reveal a Parental Control PIN.

In order to verify Nintendo Network accounts for more than one minor child, only the Parental Control PIN will be needed.

The Japan-based company has assured users that their credit card information will not be stored on the console, thus putting understandable fears of Wii U users to rest.

It further added that because the system will not be storing information, the users will be required to provide their information again upon making a purchase via the eShop.

Nintendo launched it’s first-ever HD console in North America on November 18, with the first console being sold by the Nintendo of America President Reggie Fils-Aime himself.

The console marks the beginning of age of next-generation consoles and has introduced gameplay elements that have never been seen before, courtesy of its unique tablet controller GamePad.

The system launched with 23 titles, which include Super Mario Bros U, ZombiU, Assassin’s Creed and Mass Effect 3: Special Edition.

Some of the major Nintendo franchises have been delayed until next year after the company gained confident due to the support of third-party publishers and developers.

Wii U has arrived in the market in two versions, deluxe and basic. While there are a number of things that distinguish the two, the most notable difference is their price, with the deluxe edition bearing a price tag of $350, while the basic version has a $300 tag on it.

After its successful launch in North America, Wii U will hit Europe and Australia next on November 30, after which it would finally arrive in Japan on December 8.