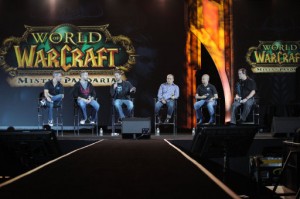 The decline in the popularity of World of Warcraft in recent times has Blizzard putting on their thinking caps to keep the subscriptions from falling.

One of the many solutions discussed among the America-based company to keep gamers interested in the massively multiplayer online role-playing game (MMORPG) included increasing the level cap above 20 in the free-to-play version of the game.

During an interview with CVG, the game’s producer John Lagrave said that the studio had give this particular possibility a lot of thought and just how much it would help them achieve.

However, in the end it was concluded that despite the advantages of increasing the level cap for free players, it is most suitable to keep it to where it is as it effectively serves its intended purpose, which is to give new World of Warcraft players a good idea of what the game is all about, the experience it has to offer, giving them the feel of the gameplay and allowing them to themselves realise the value of the game and why it is worth spending a little money to get subscription.

“You know, we looked at it lots, we looked at whether level 20 would give you a good sense of what our game is, and we think it does,” he said. “There’s also a lot of things in the game that are special that we want to reserve for our paying customers.”

Reserving the special stuff for its premium players goes to show that even though the game is not as popular as it was a few years back, Blizzard is still convinced that the game is far from dead yet and there is still plenty of appeal left in the game to convince gamers to pay to rise beyond the level 20 cap.

With the likes of Defense of the Ancients (DotA), League of Legends and Diablo III coming into the picture, World of Warcraft took a significant hit in terms of subscriptions. The fact that it was released in 2004 and had not shown any visual enhancements since then did not help either the game either as a lot of gamers judge the value of games based on the graphics. It was indeed not too difficult to comprehend why League of Legends and Diablo III were spreading across the gaming community while the World of Warcraft subscriptions were failing, with the figures reported by Activision at the beginning of this month revealing that the subscriptions had fallen to 9.1 million from 10.2 million in a matter six months.

Blizzard had started pondering over the possibility of increasing the level cap above 20 for the World of Warcraft Start Edition released last June after its rival MMO The Old Republic had revealed its plan to go freemium with the intended motivation of keeping the game from dying completely.