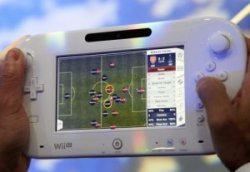 Part 2: Nintendo is looking to get its console off to the best of starts as it releases a strong launch day lineup of games for consumers including a number of major franchises.

After taking a look at what SEGA, Nintendo, Ubisoft and THQ are bringing to the table it is now time to turn one’s attention to the other publishers and what they have to offer consumers who will be picking up their Wii U’s on day one.

For basketball fans there is a bit of bittersweet news as 2K Games are set to release NBA 2K13 on the Wii U. There is  a catch though as the game will be released during the launch window and not on day one.

The launch window is defined by Nintendo as the period beginning on the 18th of November and ending March next year – a total period of five months.

Activision is perhaps one of the busier publishers bringing content for the Wii U alongside Nintendo and Ubisoft. The publisher is set to release Call of Duty: Black Ops 2 on launch day as well as Wipeout 3, Transformers Prime and Skylanders Giants with 007 Legends, Rapala Pro Bass Fishing and Cabela’s Dangerous Hunts 2013 set for a later release.

D3Publisher is set to bring a bit of Hollywood tie-in flair to the mix as well with Rise of the Guardians: The Video Game, Ben 10 Omniverse and Family Party: 30 Great Games Obstacle Arcade all set for release before the end of the release window as well.

Electronic Arts and Disney are also bringing some of their big guns to the console with Disney Epic Mickey 2: The Power of Two set to hit consoles on day one. EA on the other hand plans on bringing three of its biggest franchises on to the console as well.

FIFA 13 and Madden NFL 13 are both launch day releases for the Wii U while gamers will have to wait a little longer before they can bag themselves a copy of Mass Effect 3, complete with the all the updates and fixes.

That is not all as Namco Bandai also seem confident of the Wii U’s success and are offering Tekken Tag Tournament 2 on the Wii U as well – from day one. Not only that but Tank! Tank! Tank! Will also be available by the end of the first month as well.

So do any of the games tickle your fancy or make you want the Wii U bad enough to pick it up on the first day? Yes? No? Still undecided? Let us know your stance and the reasons behind your current ‘Wii U’ position in the comments section below. Part 1